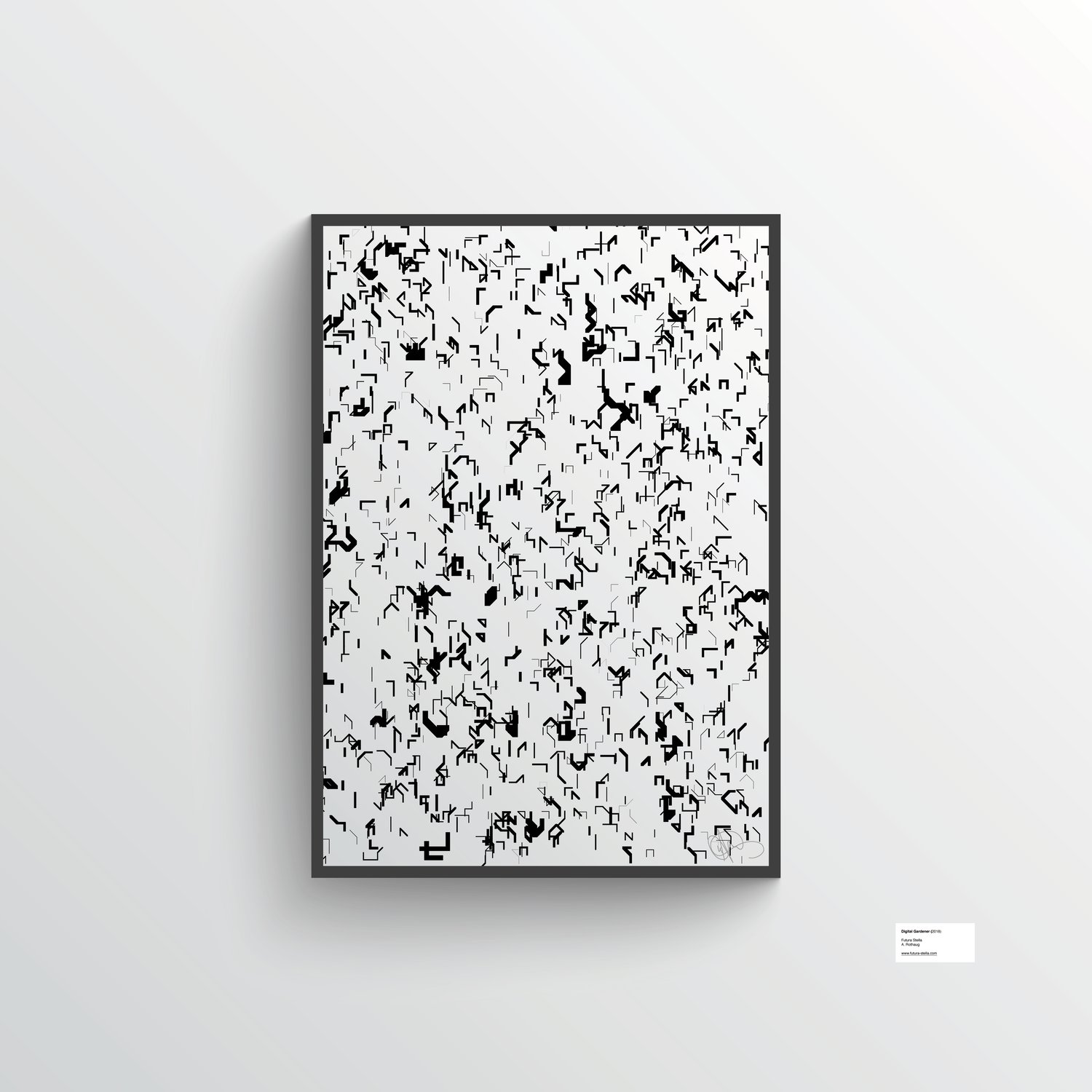 The black / white series is based on three, laser printed, transparent foils layered between 4 sheets of glass.

The overlaying graphics create a playful depth that invite to explore and study. The incidence of light and the resulting shadows create another playful level of detail.

The hand-signed base layer made out of 150g paper is a contrast to the cold glas and metal and combine the complex process of creating the artwork with the traditional craft of arts.

The shapes on the layers differentiate in their thickness, length (time) and distribution density. This allows an insight into the genesis of the generatively designed variations. The growth and the evolution of shapes over the time.

Micro to the macrocosm: Each single shape in the artwork is a result of autonomously acting constructs that, once equipped with a ruleset grow over time.
This creates individual forms that generate new and unique patterns in every iteration of its generation.

Besides the creation of the algorithm (the DNA) the role of the artist equally includes a consideration under aesthetic points of view, when and how the program reaches its end and all thats left is the result of the moment.

The top and bottom layer of the artwork are based on the same population but in different generations.
One state has been archived later so it becomes possible to look through time and recognize the development of the shapes. The 2mm strong glas layers serve as a visual seperation and allow, through their three dimensional nature a look into the 4th dimension, the time.